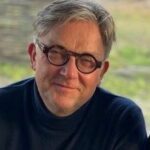 Prof. Van Laar is clinical neurologist by training, with special expertise in Movement Disorders, especially on Parkinson’s disease (PD) and the effect of pharmacological interventions on this disease. The first years of his career have been focused on the treatment of advanced patients with PD, whereas at that time apomorphine was introduced in Europe. He has significantly contributed to the clinical dossier necessary to register apomorphine in the Netherlands. After its introduction he has performed multiple studies to establish the effect of apomorphine on motor- and non-motor aspects of PD. Thereafter, the focus of his interest moved towards the non-motor aspects of PD, especially on the cognitive deterioration, accompanied by visual hallucinations. He was one of the first neurologists in the Netherlands, examining the clinical effect and adverse effects of rivastigmine in PD dementia, and contributed to a pivotal study, published in the NEJM  (Emre et al, NEJM 2004; 351:2509-18).

In 2010 he started the Parkinson Platform Northern Netherlands, which is a regional platform of 13 hospitals, including all the regional PD neurologists and PD nurses, responsible in total for 5000 PD patients. The platform was the start of intensive clinical and research collaborations,  focusing especially on the pathophysiology of PD, and aiming for a personalised treatment approach for PD patients.  This platform made it possible to genetically characterize 1500 PD patients, which resulted in 15% GBA1 variants in this population.

In 2017 he started a new de novo PD cohort, combining imaging with extensive clinical ratings of motor- and non-motor symptoms (including cognition), and extensive genetic and microbiome analysis. That was the start of a new era, where intensive collaborations were started with microbiome experts, imaging experts  and aSyn aggregation researchers, within in the University Medical Center Groningen (UMCG) as well as outside the UMCG (Helsinki, Ann Arbor , Paris) . This collaboration has lead to grants, resulting in several PhD trajectories and publications.

In 2017 he became Medical Director of the Parkinson Expertise Center in Groningen, where 1500 PD patients are treated, with a team of 16 people, including neurologists, specialist nurses and 1 clinical  pharmacist. The Parkinson Expertise Center Groningen offers all advanced therapies, with currently > 300 DBS patients, 100 patients on Duodopa and > 50 patients on Apomorphine infusion.